Testing for Cracks at Home with DIY Dye Penetrants | Articles

Neil Robertson won the Masters for the second time, ten years after his first by beating Barry Hawkins by 10-4 in the final. This brings Neil’s tally of Triple Crown events to six: one World Championship, two Masters, three UK Championships.

Neil celebrated with his family, his wife Mille, his son Alexander and his daughter Penelope

The tournament was played at Alexandra Palace in London, from the 9th to the 16th of January 2022, in front of a capacity, boisterous crowd that gave every player huge support. All detailed results are available on snooker.org.

Judd Trump and Mark Selby were also involved in the tournament. Both lost to the same man, Barry Hawkins: Mark lost by 6-1 in the QFs, Judd by 6-5 in the SFs.

The most extraordinary match of the tournament was Neil’s semi-final against Mark Williams. It went to a deciding frame: Neil won it on the last black, having needed two snookers. After that Neil felt that really he had nothing to lose, and was able to play with freedom in the final and enjoy the occasion. 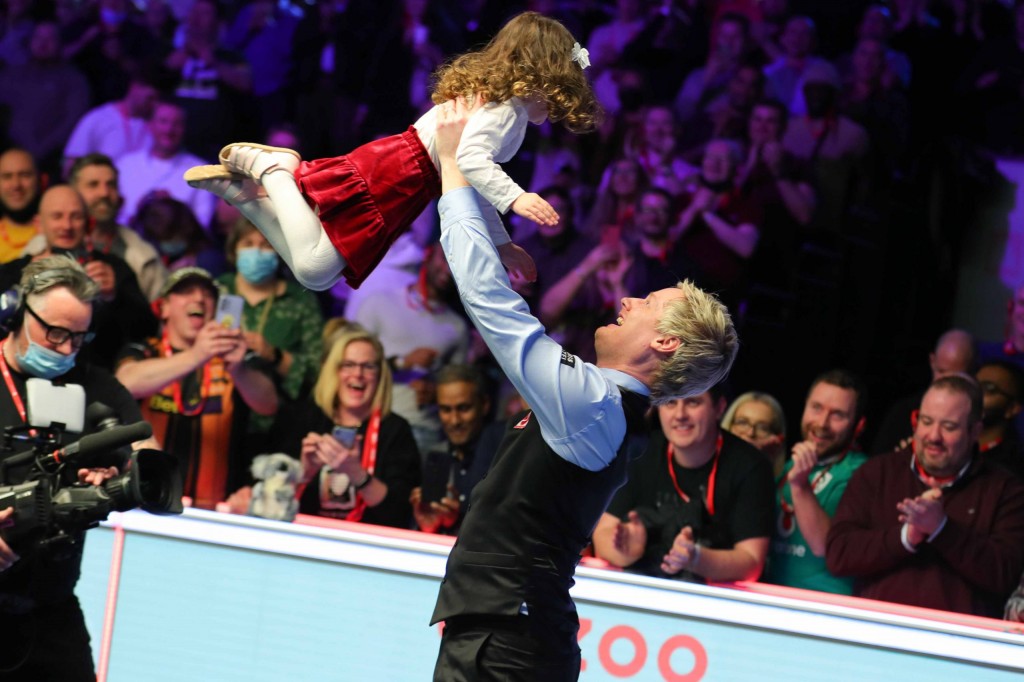 This is what he had to say after the final (source: WST)

“I’m so happy to win this wonderful title again. I had my first win after Alexander was born at this event back in 2012. I always wanted to do a repeat with Penelope here as well, so I’m happy to do that,” said 39-year-old Robertson.

“Barry was the underdog tonight and I felt like I was the villain spoiling the fairytale at some points. He is such a wonderful player. He really deserves to win one of the big titles. I had to stay focussed with the job at hand. I knew that the majority of the crowd were with him. Luckily with my experience I knew how to silence that a little bit, play well and get a good lead.

“When I won my first title I thought I’d be able to go back to Australia happy. Who’d have thought I’d still be living here 16 years later. I think a lot of things have happened since Barry Hearn took over and gave us more opportunities to play. He has been a massive part of allowing myself and all of the great players in the game to win as much as we have.

“So many people have said they’ve never seen anything like my deciding frame with Mark Williams in sport, let alone snooker. I was absolutely dead and buried and all of a sudden it was like a phoenix rising from the ashes.”

How To Watch The BetVictor European Masters