[Editor’s Note: This article originally appeared in the October 2011 issue of Grassroots Motorsports.]

Race cars are often expensive machines, full of custom parts that a shade-tree mechanic can only dream about. James Clay, owner of BimmerWorld, attacked that notion by building an off-the-shelf M3 for our bare-bones battle of speed, the Ultimate Track Car Challenge.

“The goal wasn’t an overall winner,” he admits. “It was to show that a track day car could be very fast with some good, basic planning and standard parts.” During our recent brake pad test, this same car also withstood a brutal day of hot laps without a single hiccup.

James set out to build a fast, streetable and street-legal car capable of a 2:05 lap at Virginia International Raceway’s Full Course. For comparison, the current record for a Factory Five Challenge car at VIR is 2:11.9. To add to the challenge, he made sure that anyone handy with a wrench could replicate the package.

James started with a car that had a slight off-course excursion at Mid-Ohio.

According to James, the E46-chassis M3, built from 2001 through 2006, is a great tool for meeting this goal. “These cars are becoming so readily available and so reasonably priced,” he says. “I see good donor cars around $15,000 these days.”

Before you head out to snatch one up, James warns of a possible sore spot with these machines: “I feel like all E46 M3 cars require an inspection and potential replacement of the rod bearings. This was a recall issue for early cars, but the fact is—on the track or at high rpm—they need some special care and feeding.”

Every 2001-’02 M3 was recalled for a tolerance issue with the connecting rods that would result in spun rod bearings. It’s useful to check if the fix has been made, but you should replace the bearings either way, James warns. This can be done by simply removing the oil pan with the engine still in the car. James recommends new rod bearings every 50,000 to 60,000 miles for any E46-chassis M3 that sees track use. 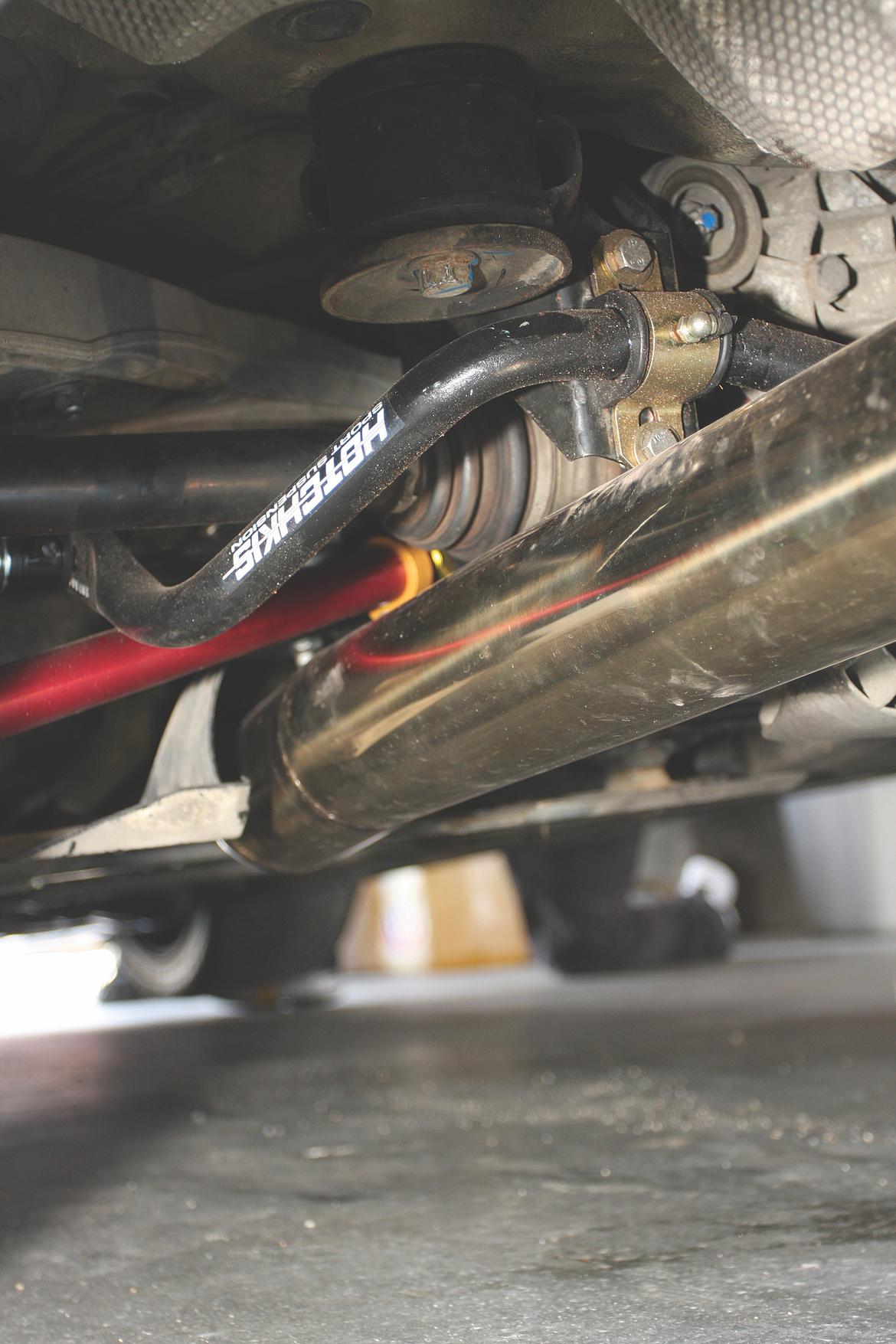 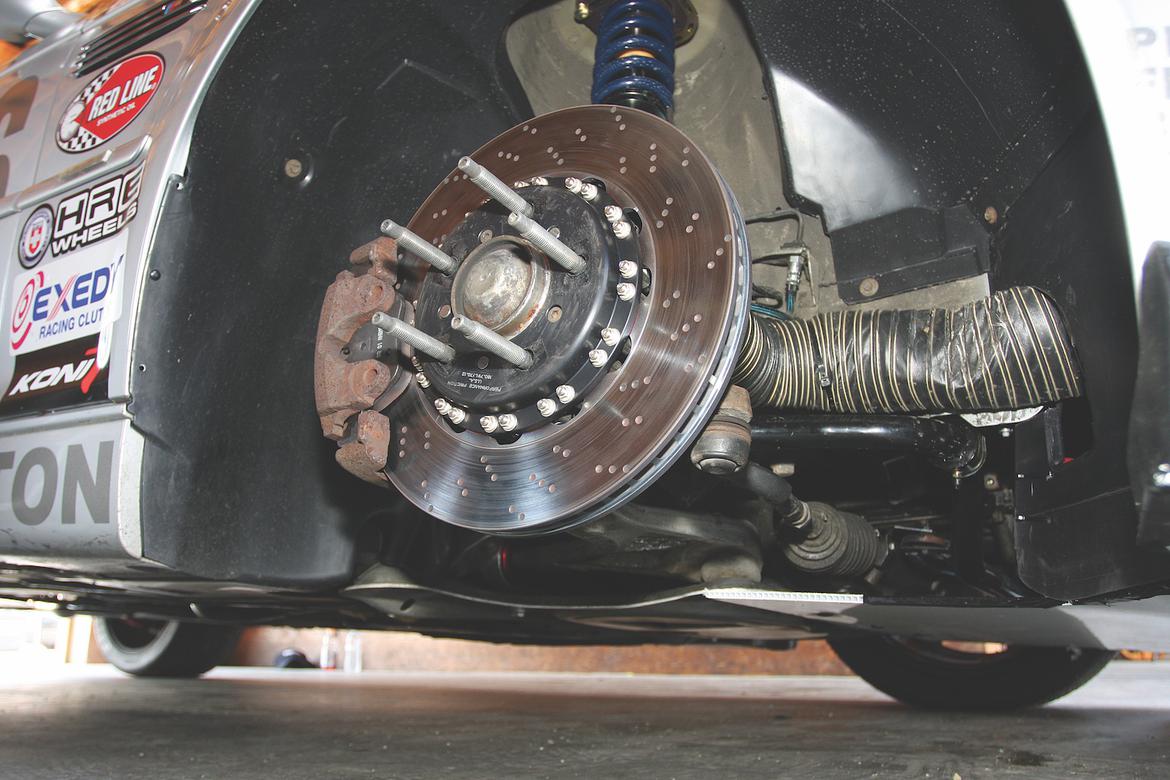 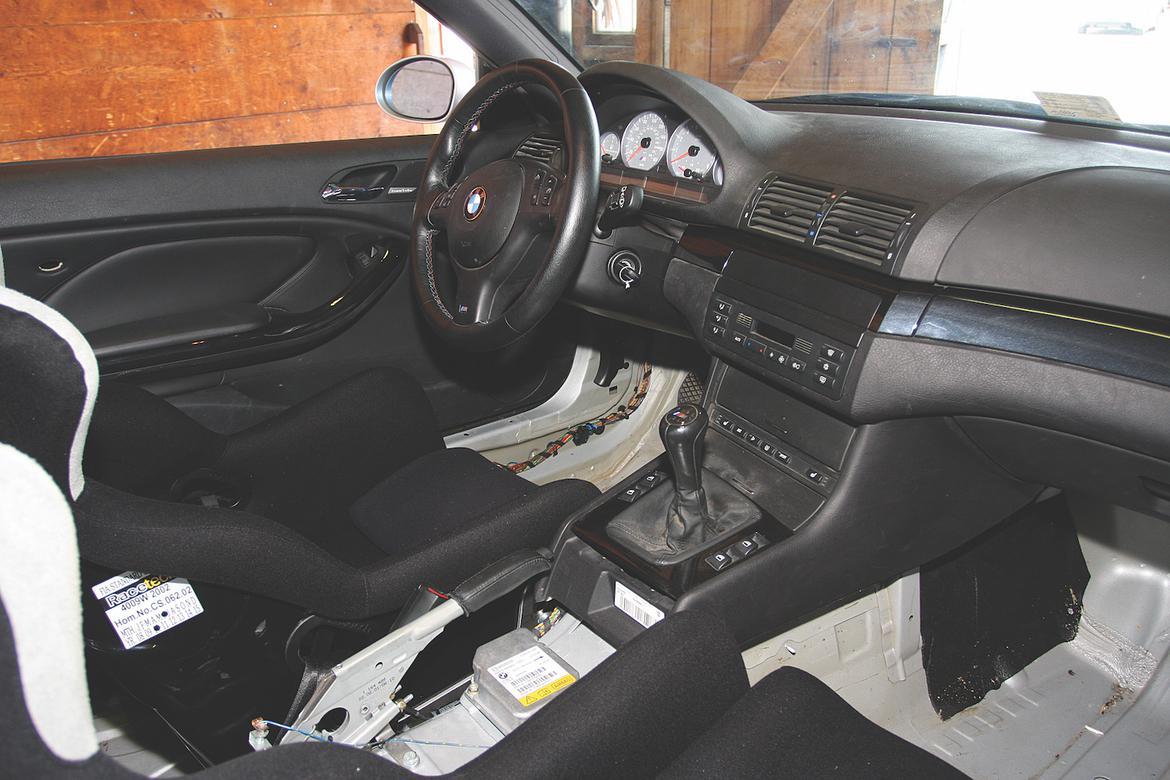 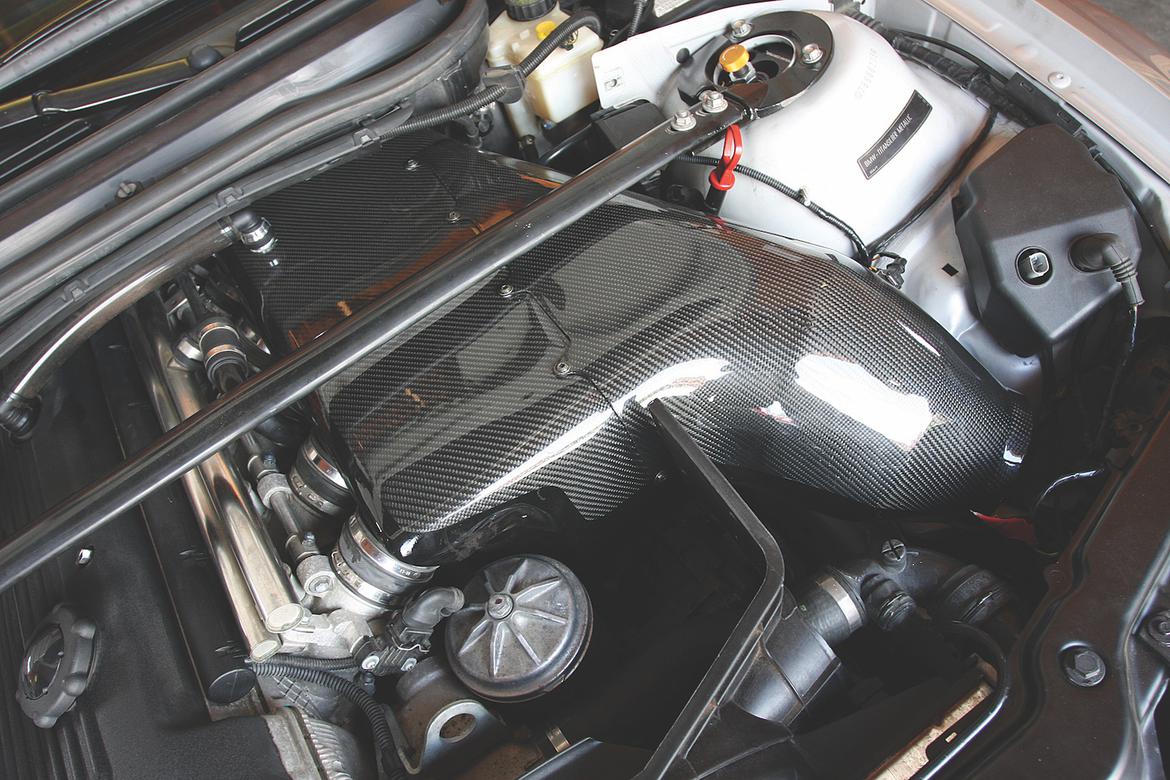 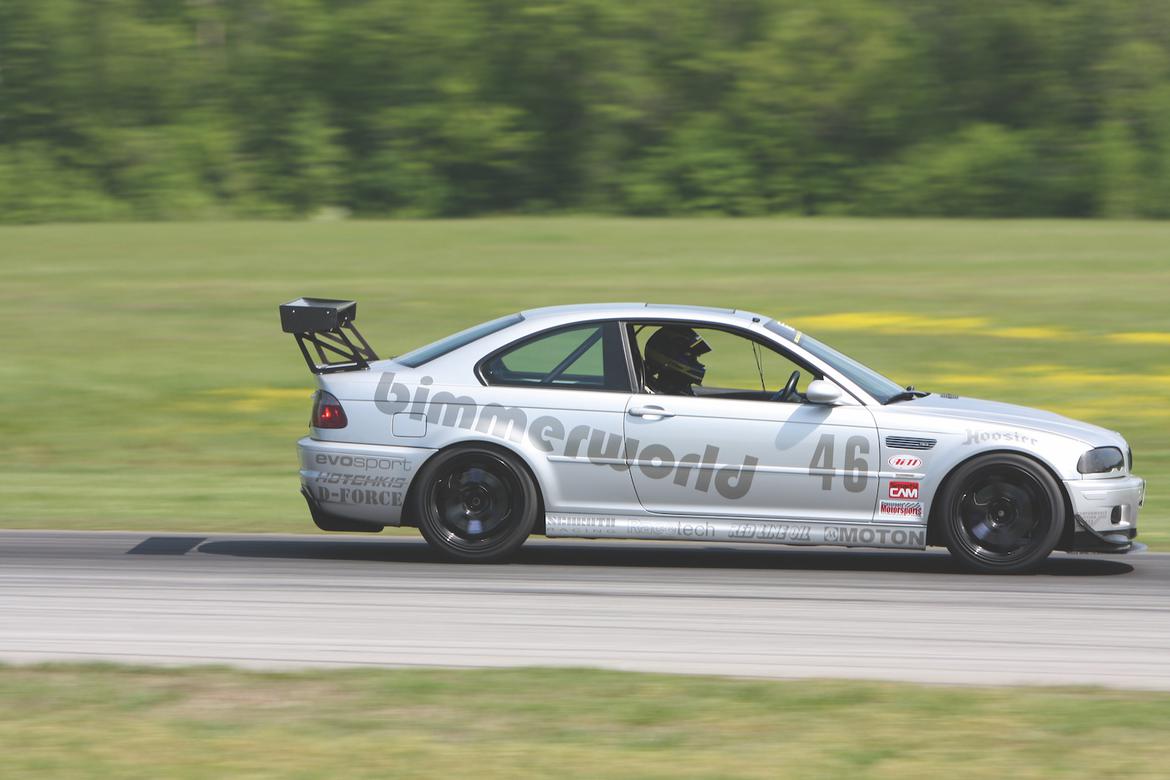 These hollow Hotchkis anti-roll bars have the most roll stiffness of any production pieces available for this M3. A big-brake kit wasn’t necessary; James just upgraded the rotors and pads and added ducting to keep them cool. The car lost roughly 500 pounds thanks in large part to James stripping out the carpeting and replacing the front seats with racing buckets. This beautiful but expensive carbon fiber intake is worth about 10 horsepower, or half a second per lap at VIR. James would omit it from a more budget-minded build.

All the power upgrades are simple enough: intake, header, exhaust and power pulley. In stock form, the U.S.-spec M3 makes 333 horsepower at the crank—which, with the efficiency losses of the transmission and differential, means about 15 percent fewer ponies at the wheels. BimmerWorld’s upgrades, combined with new engine management software, were good for about 340 horsepower at the wheels.

Making the car lighter accounted for a big part of its performance gains. Starting with a factory weight of 3450 pounds, James got the coupe down to 2900 pounds without driver. Shedding the factory seats, carpets and air conditioning accounted for a good chunk of the weight reduction, while the lighter parts—50 pounds saved on the exhaust alone—were responsible for the rest.

Though this particular build cost more than $27,000 in parts, James says just a few adjustments will shrink the price to less than $20,000—and you’ll still manage a 2:08 at VIR. The $3200 carbon fiber airbox is expensive and doesn’t significantly affect lap times. Single-adjustable shocks could replace the double-adjustable units, saving about a thousand bucks. James would also leave off the front splitter and rear spoiler, worth another $3300 and a bit of social grace. 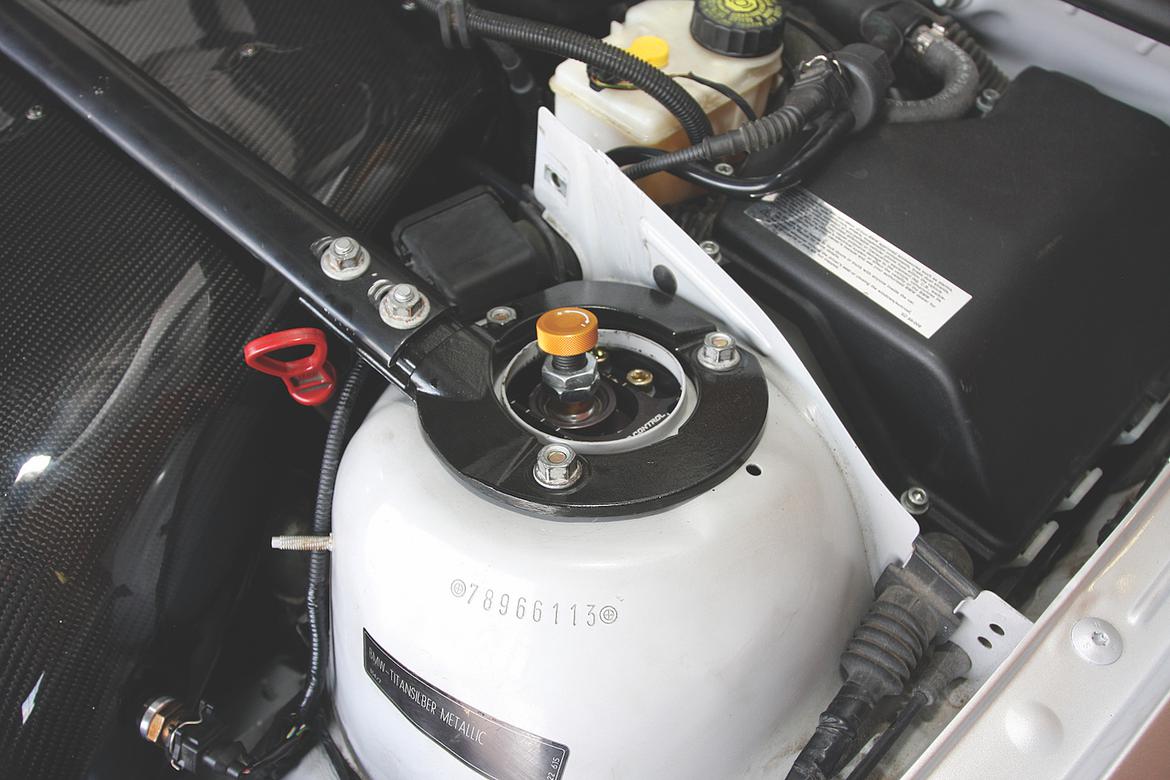 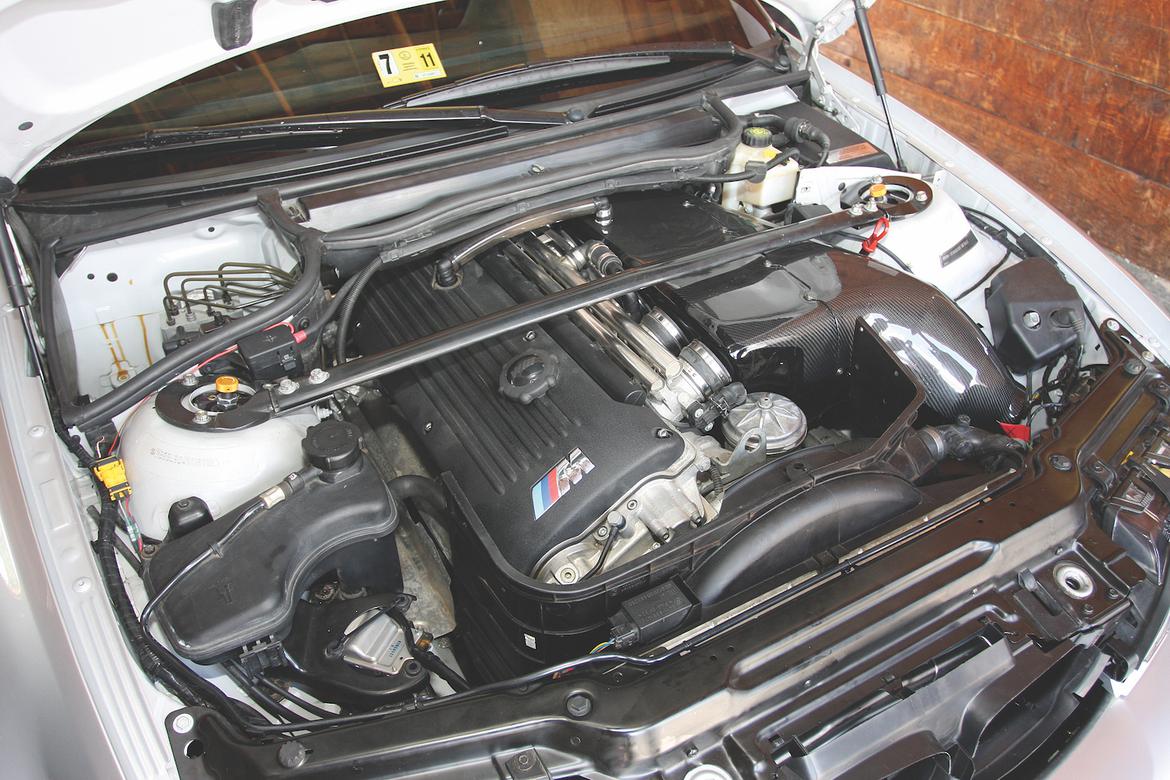 Could you substitute the Moton double-adjustable shocks for single-adjustment pieces? James says it’s hard to say exactly how much of a difference that would make, but he believes it would have little effect on lap times or street composure. The M3’s engine was unmodified internally, but tweaking the external bolt-on parts and engine management software was enough to increase its output from 333 at the crank to 340 at the wheels.

Of these three optional upgrades, the aerodynamic aids are the most effective at lowering lap times at VIR. “Aero is important, especially at VIR due to the uphill esses—which are foot-to-the-floor with the aero—the fast South Bend following them, and the downhill going onto the front straight.

“Call it 2 seconds slower for an experienced driver without the aero,” James says. “It makes a big difference, but it makes most drivers too lazy. The car feels too capable—and even the kids have stopped putting them on Hondas.” 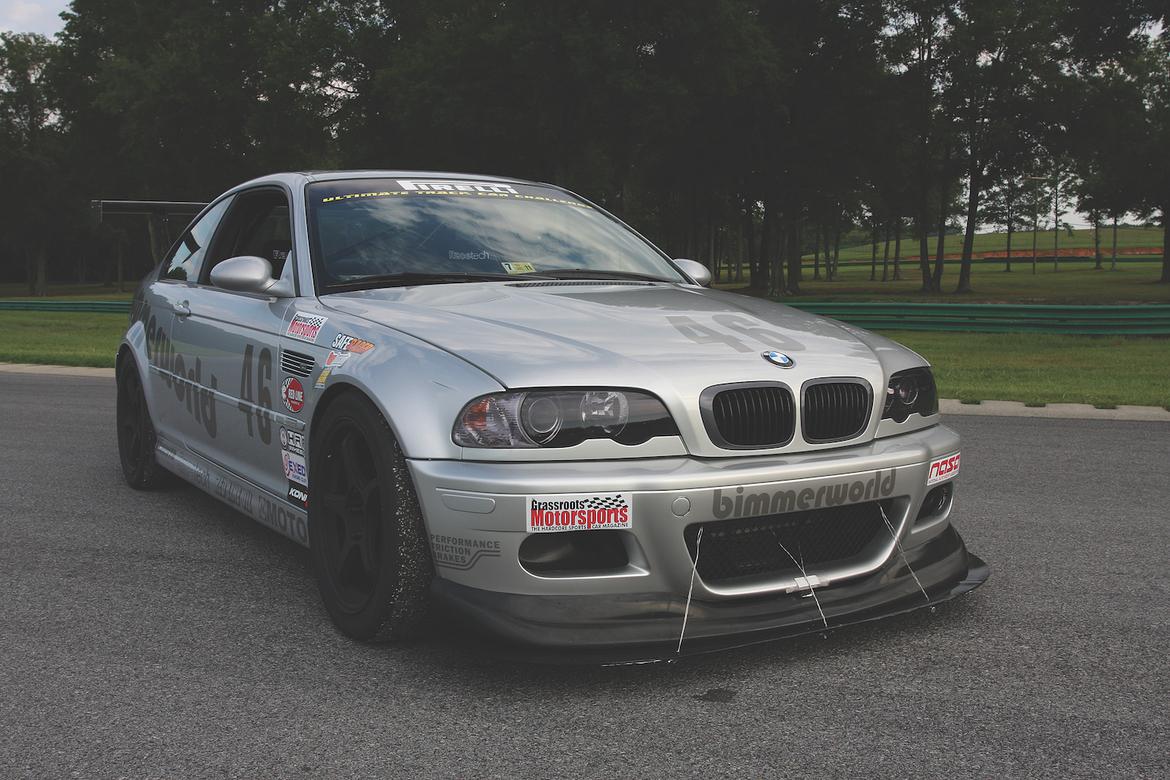 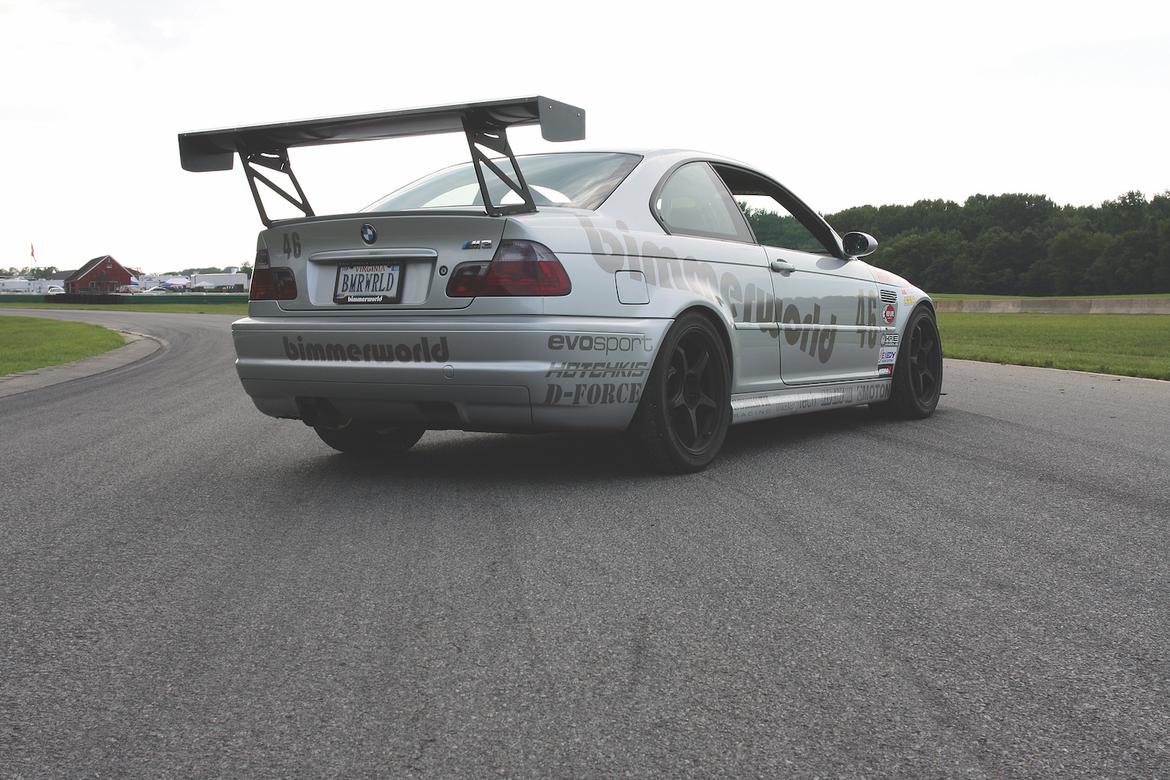 James considers this wing and the sizable front splitter to be optional parts, although they make the car considerably more capable and stable. They also cost a pretty penny and, according to James, attract strange looks at the grocery store parking lot. Mounting the splitter standoffs to the bumper support instead of the bumper lip is important, James says. This way, if the splitter breaks off at the track, it doesn’t take the lip and half the bumper with it.

I am a sucker for a good set of two piece brake rotors.

10 things to know ahead of the Thai GP

What you might have missed from Thursday in Thailand